Organized by Polar Bears International, a leading dean research organization, International Polar Bear Day is an annual event celebrated each February 27.  The day is used to raise awareness about impacts on the polar bear population as well as encourage conservation efforts.

Here at the Polar Leasing Company, we have always taken a special interest in polar bears. As we celebrate International Polar Bear Day, here are some fun facts about these majestic creatures.

The Largest Bears: Polar bears are the largest type of bear on the planet. Just in front of the Kodiak bear, male polar bears can weigh up to as much as 1,500 lbs. and stand nearly 10 ft. tall.

Can Handel the Cold: With a thick layer of blubber and two layers of fur, polar bears thrive in the ice-covered arctic regions. Temperatures in these habitat areas can go as low as -50°F.

Faster Than You Think: Because they are such large animals, it might be surprising to know polar bears are fast. On land, polar bears can reach a speed of 25 mph and can swim as fast as 6 mph.

They Don’t Have White Fur: While it may appear white, polar bears’ fur isn’t white at all. In fact, polar bears hair shaft is hallowed, and they are transparent. The fur actually reflects the light of the sun and makes the polar bear appear white or sometimes yellow. 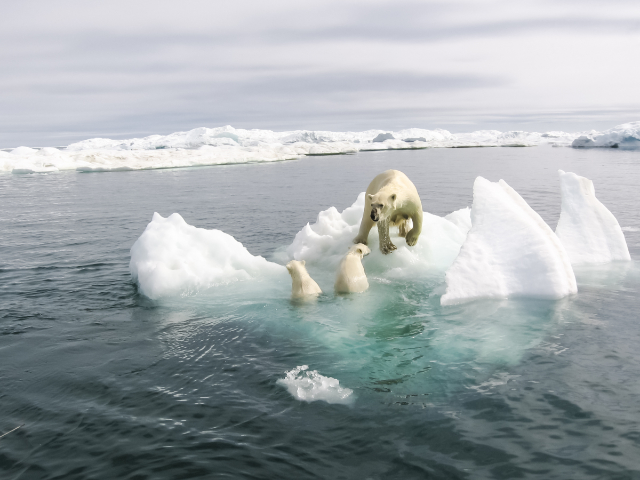 With both long and short-term storage solutions available, Polar Leasing specializes in temporary freezer rentals, refrigerator rentals, and portable warehousing. Designed around the specific needs of the rental market, every Polar Leasing unit is built to the highest quality standards, with a patented seamless fiberglass design. With hundreds of distribution depots nationwide and thousands of rental units available, Polar Leasing offers the largest electric freezer and refrigeration fleet in North America. To find a Polar Leasing depot near you, or for more information, call 877-674-1348, visit www.polarleasing.com